Hello, everyone. This is the course of International Environmental Law. Well, what’s the subject matter of this course? Here is the answer in the video. Nowadays, the planet is facing with diverse and growing range of environmental problems. How to deal with these problems? The international environmental law is being called upon to address such issues. Come on friends, join us please! Let us take actions to protect nature from now. See you in the course. Hello, everyone. This is the course of International Environmental Law. Well, what’s the subject matter of this course? Here is the answer in the video. Nowadays, the planet is facing with diverse and growing range of environmental problems. How to deal with these problems? The international environmental law is being called upon to address such issues. Come on friends, join us please! Let us take actions to protect nature from now. See you in the course.

--1.1 The Definition of the International Environmental Law

--1.2 The Functions of the International Environmental Law

--1.3 The Basis of the International Environmental Law

Chapter 2 The History of the International Environmental Law

--2.1 From Early Fisheries Conventions to the Creation of the United Nations

--2.4 The United Nations Conference on Environment and Development (UNCED)

--3.2 The Establishment and Functions of International Organizations

Chapter 4 The Sources of the International Environmental Law

--4.2 The Interpretation of Treaties

--4.5 The Relationship Between Treaties and Customary Law

--5.3 Principle of common but differentiated responsibility

--6.8 Reporting and Provision of Information

--8.1 The Treaties of the Marine Environmental Protection

--8.2 The Crisis of Freshwater Resources

--8.3 The Protection System of Freshwater Resources

--9.1 The Legal Development of the Protection of the Biodiversity

--9.2 General Instruments of Protection of Biodiversity

--10.2 Biotechnology and Other Hazardous Activities

--10.3 The Regulations of Accident Handling Mechanism

--11.5 Environment Funds and other Financial Resources

--12.1 The Legal Definition of Environmental Damage

--12.3 The Consequences of Environmental Damage for State

--12.5 The Civil Liability for Environmental Damage under International Law 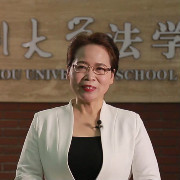 Professor Wu Ximei, Doctor of Law, Supervisor of international students for PhD in law, Leader of Environmental and Resource Protection Law Discipline, Vice President of South to North Water Diversion Branch of Henan Law Society, Researcher of China World Trade Organization Research Institute. From October 2003 to September 2004, September 2013 to September 2014, respectively, she was selected by NSFC to visit Komensky University in Slovakia and Calgary University in Canada. She is mainly engaged in the teaching and research of the international trade law and the international environmental law. She has presided over and participated in 3 National Social Science Fund projects, more than 10 provincial and ministerial level projects, published more than 40 academic papers and more than 6 monographs. She has been engaged in bilingual teaching of law for more than 20 years. She is the head of the World Trade Organization Law (Bilingual) Course of Quality Engineering Project of Colleges and Universities sponsored by the Education Department of Henan Province, and the head of International Environmental Law (Bilingual) Course of Online Excellent Courses sponsored by the Education Department of Henan Province. 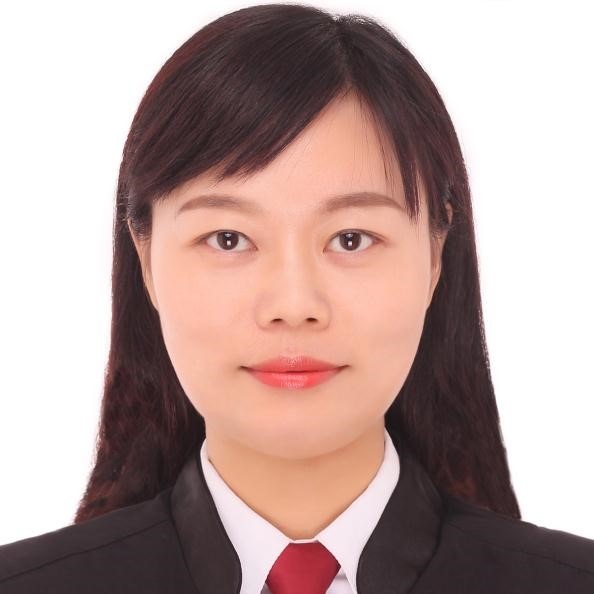 Liu Yun,A lecturer of Henan vocational and technical College of transportation. In 2008, I graduated from Zhengzhou University and got my master's degree. My major is English Language and Literature and my research area is British and American Literature. I became a college English teacher after I graduated from university in 2008. In 2015, I passed Chinese National Judicial Examination and in 2019, I became a college lecturer majoring in law. In recent years, I have published several articles on bilingual education in international trade law. 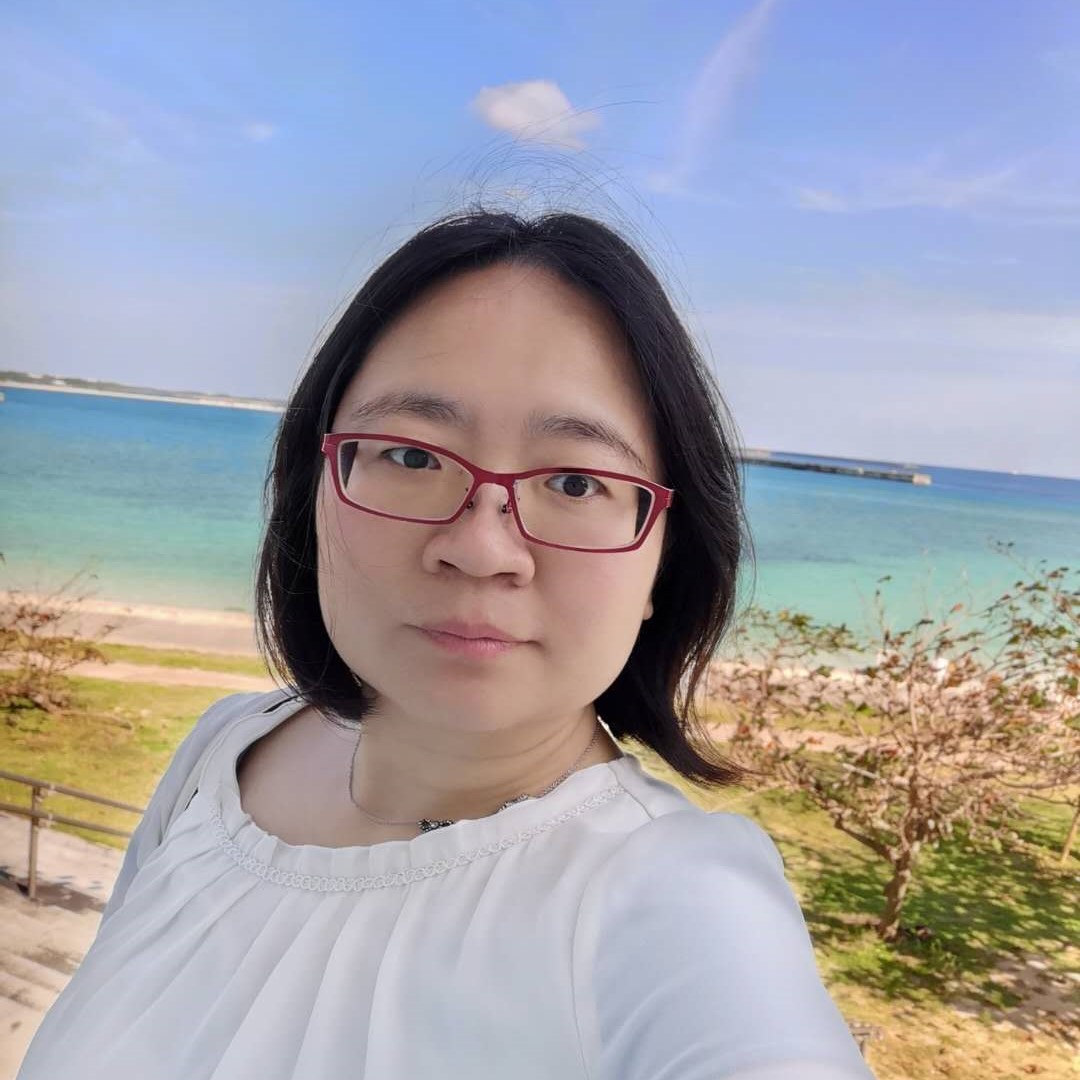 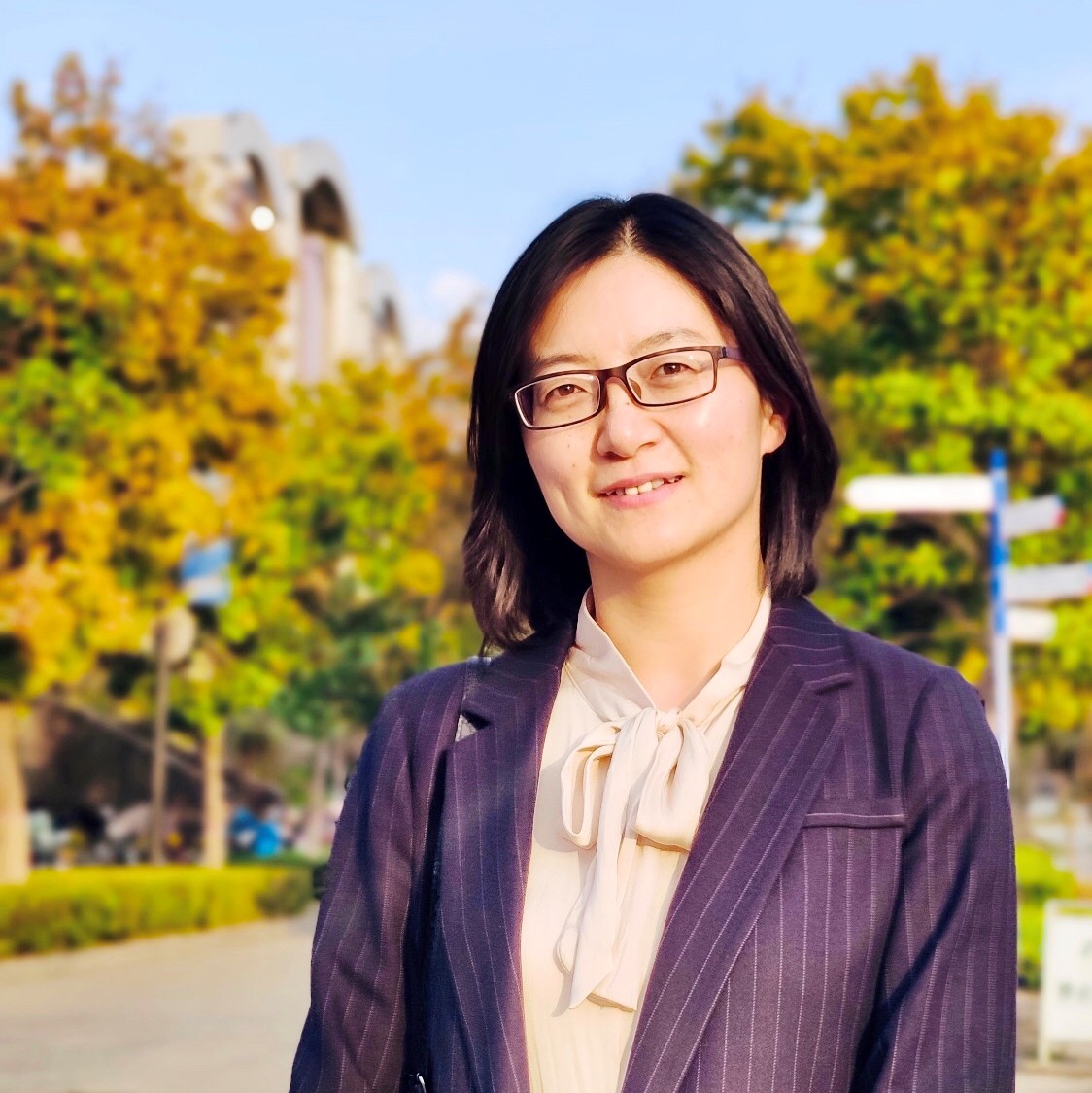 Liu Hui, the director of the International Law Teaching and Research Section of SIAS Law School.She graduated from the Law School of Zhengzhou University in 2000 with a bachelor's degree in law and from the Law School of University of Southampton, UK in 2005 with a Master of Laws (LLM), majoring in Maritime Law. She began teaching in early 2006, courses as follows: Legal English, International Commercial Law (English), International Investment Law, International Commercial Arbitration Law (bilingual); International Commercial Arbitration Simulation, American Business Law (English). She is in charge of the school-level excellent online open course "Legal English". The awards are as follows: she won the first prize of the 2018 provincial education system teaching skill competition, and won the title of Henan Province Teaching Model in September 2018; she was rewarded as an excellent teacher in the comprehensive evaluation of school classroom teaching quality; she has won the first prize of the school classroom teaching competition, outstanding staff award, teaching excellence award and other honorary titles. Up to now, she has been the deputy editor-in-chief in the preparation of a legal English textbook, published more than ten academic papers at and above the provincial level, and participated in three projects at the bureau, provincial (ministry) and national level. 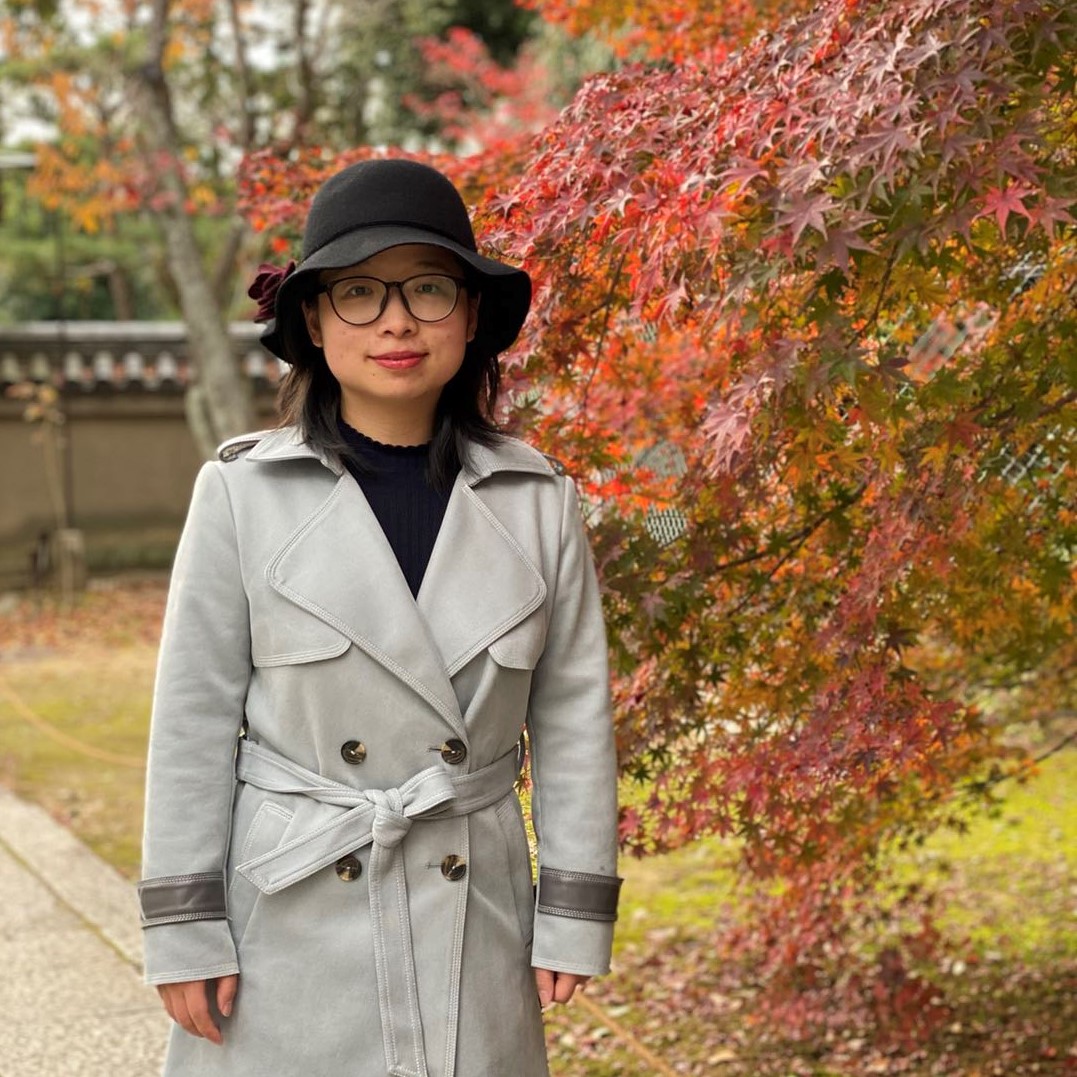 Lin Shuang, master of XuRi Business Administration School of Donghua University, specializes in the research of financial accounting management, green finance and environmental law. She was the coauthor of the text books: the Concise and Practical Legal English and International Environmental Law (bilingual). She has taken part in the research programs, such as 2019 Henan Province Federation of Social Science Research on the Concept of Human Destiny Community, 2017Soft Science Research Project of Henan Province on Mechanism of Fiscal Expenditure on Science and Technology Innovation in China in the Perspective of Ecological Civilization. She also participated in education reform projects, such as Curriculum: Ideological and Political for postgraduate students of Zhengzhou University in 2019, the MOOC Course of International Environmental Law (Bilingual) supported by Henan Education Department. She also joined 2017 Zhengzhou University Teaching Reform Research Project: Research on Bilingual Teaching Method Reform for Law Majors. 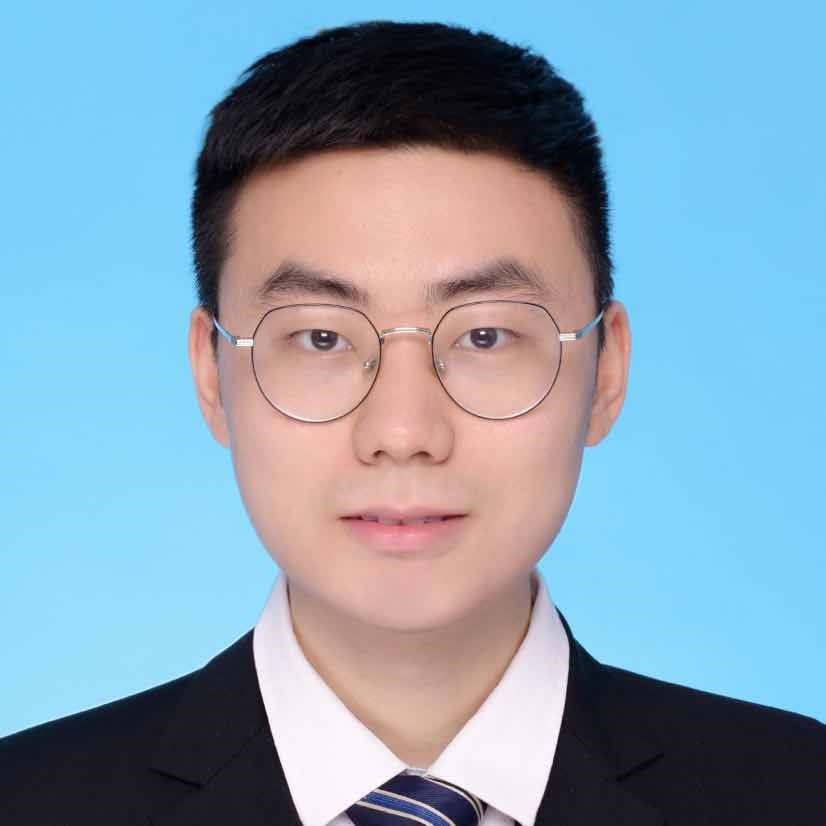 Li Zimu, Bachelor of Laws, Zhengzhou University. Master of International Law, Zhongnan University of Economics and Law. Trainee of Beijing Guofeng (Shanghai) Law Offices. The main research fields are basic theories of private international law and international commercial arbitration. I has won Zhengzhou University Excellent Scholarship and Zhongnan University of Economics and Law Scholarship for successive years and Possess the People's Republic of China Legal Profession Qualification Certificate (Class A) and People's Republic of China Accounting Practice Qualification Certificate. During the undergraduate period, I participated in many foreign-related academic conferences and won "Outstanding Individual" in Introduction to US law" and "USA Climate Change: Policy & Law" hosted by Zhengzhou University. In the summer of 2017, I participated in the International Holiday English Course hosted by Zhengzhou University and won the certificate of completion. During the course, I further studied international commercial law and American company law. 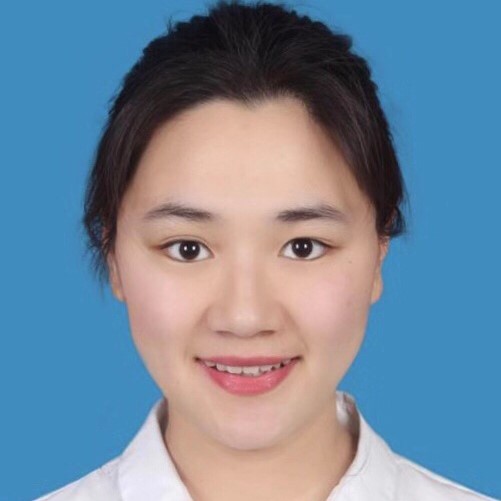 Chen Yiwan, master of Environmental and Resource Protection law from Zhengzhou University. The main research areas are the basic theory of international environmental law and the protection and development of natural resources and energy. During my undergraduate years, I was awarded "Merit Student" and "Excellent Cadre" for many times. I won the scholarship of Zhengzhou University during my postgraduate study. 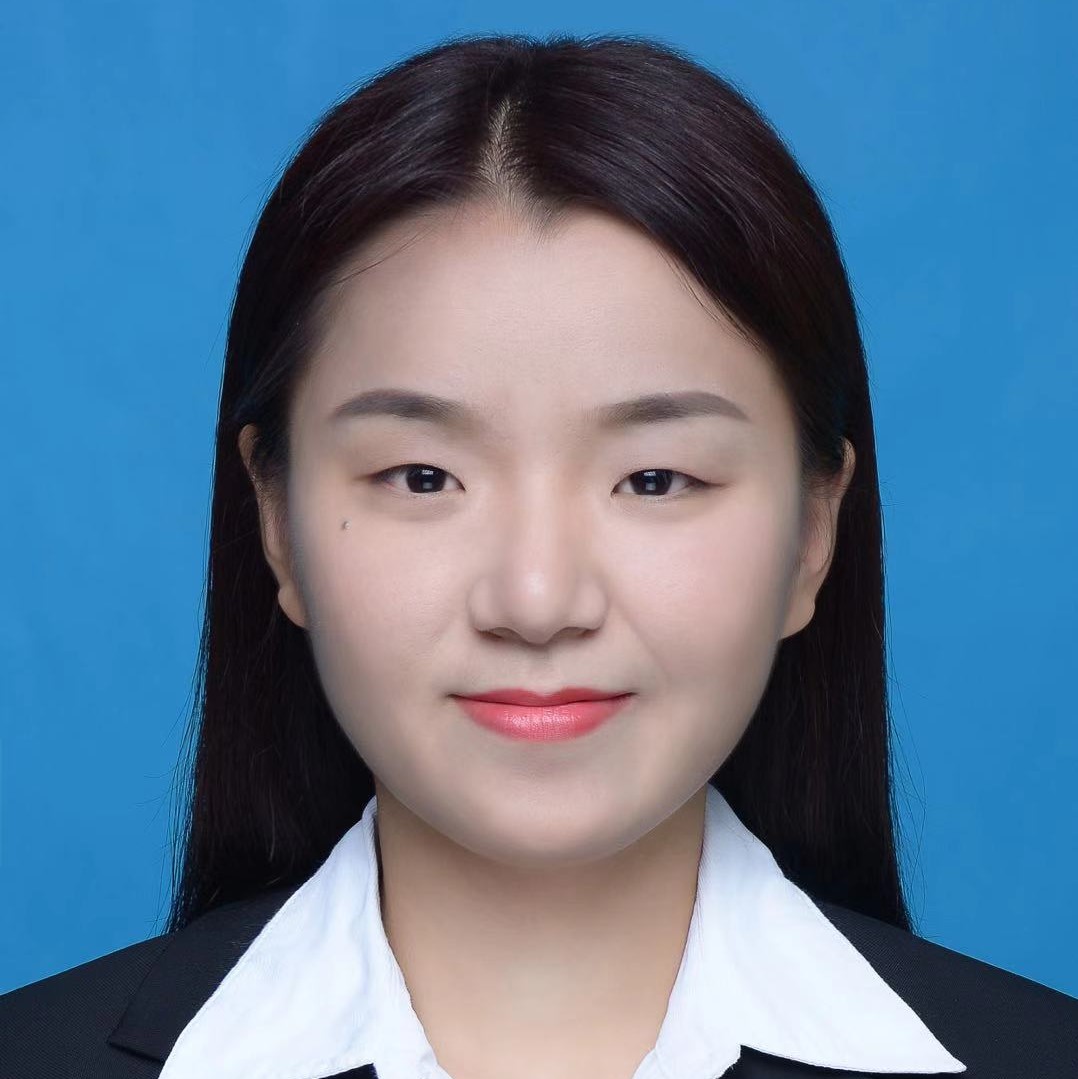 Song liyuan, master of the law school of Zhengzhou university, majoring in environmental and resource protection law. She participated in the International Holiday English Course hosted by Zhengzhou University to study international commercial law and related international law and won the certificate of completion. During the undergraduate period, she has been awarded "merit student" and "outstanding cadre" for many times. She has been awarded "outstanding graduate" of the university and "outstanding graduate of Henan province". She passed the national legal professional qualification examination in 2018.